She got married for protection. She escaped for survival. 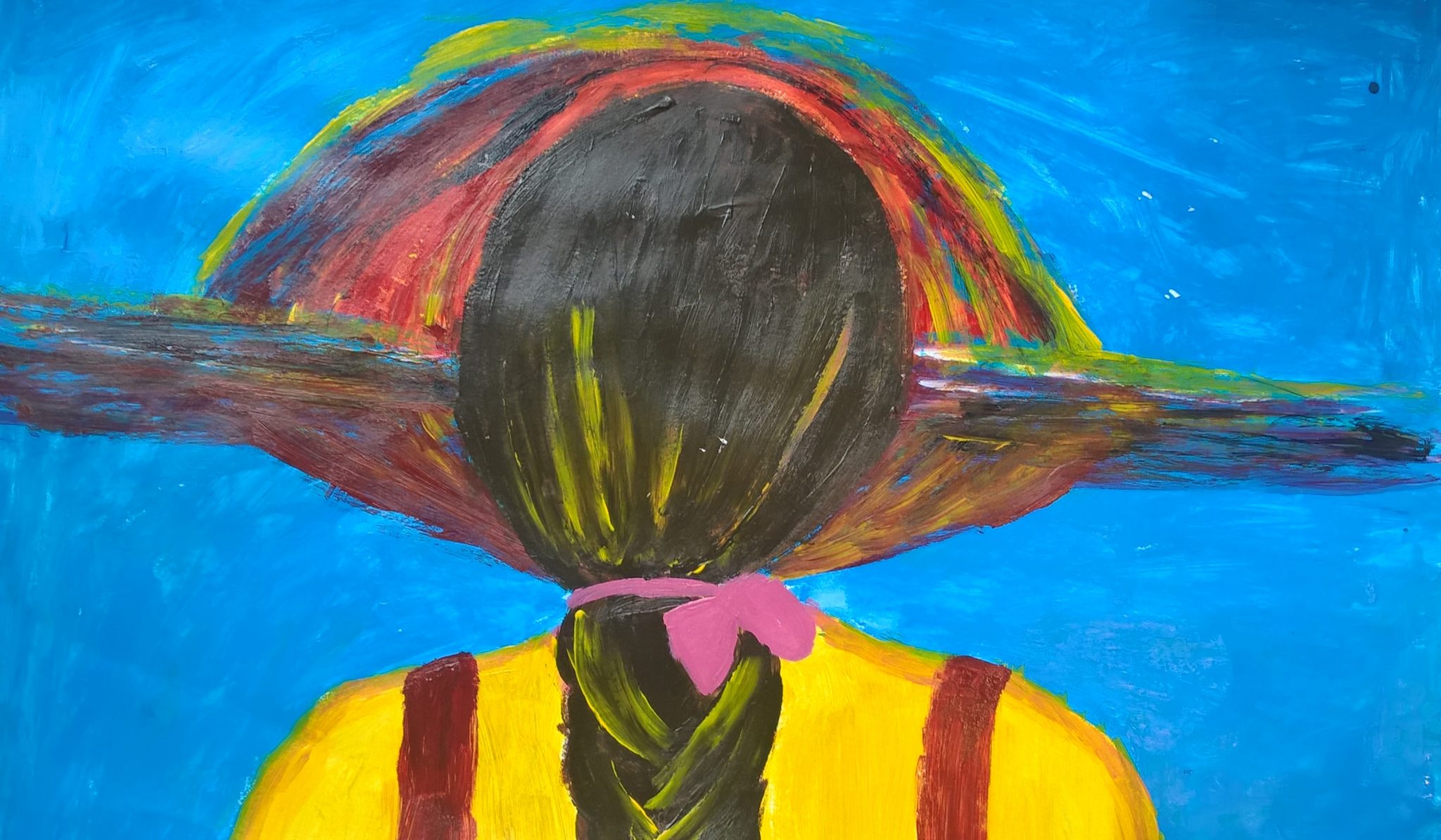 When the bombing started, at first people were paralysed by fear and uncertainty, having never experienced something of that kind before. Then the school was hit while children were attending classes inside.

Sarah, along with the majority of the village’s parents, decided that it was necessary to seek refuge elsewhere in order to survive. She left for a camp on the Turkish/Syrian border with her six children, planning to have her husband follow shortly. She’d heard that families would be safe there.

Months passed without any news until eventually she was informed that her husband had been arrested on his way to meet her and hadn’t been seen or heard of since. Her situation becoming unsustainable without him, she was forced to undertake a second perilous journey to a camp in Saida, southern Lebanon where she was aware that some members of her community had found safety.

Nour, Sarah’s daughter, was 8 when they settled in the camp where she would spend the next four years growing up, spending her time minding her younger siblings while Sarah went to work. Living conditions are difficult there, most families residing inside a huge, five-story concrete shell of a building that was one day meant to be a university.

The grey unplastered walls of the camp tend to stifle the natural curiosity and imagination that children are born with, but Nour never lost it. She continued to exude light and energy, cultivating social links indiscriminately within her community. These attributes, coupled with her precocious nature, is what Sarah believes to be the reason that her neighbours and friends started to whisper doubts about Nour’s morality and virginity.

A family without a male protector in this context is vulnerable to many forms of attack, especially if their standing in the community is threatened. Sarah did not see it as normal for Nour to be married so early, particularly as she herself had married at 20 years old, but she saw no other option to guarantee the protection of her daughter and the rest of her children. With a heavy heart, she made it known that she was looking for a husband for Nour, which almost immediately drew the attention of a woman from a community close by who proposed her son as a suitor. Nour was introduced to the 18 year-old construction worker the next day and, a few hours later, agreed to marry him.

One of the most difficult moments in Sarah’s life was explaining to her 12 year-old daughter what to expect on her wedding night. To explain that her husband would want to get close to her and to not push him away if he kissed her. That he would teach her how to be a wife to him.

The ceremony was carried out quietly and without legal documentation as Nour’s age prevented any official recognition. The cleric who administered the ceremony was careful to remind the families that they should not discuss his involvement.

Nour moved in with her husband’s family after the wedding, some ten kilometres away from Sarah. She regularly called to say that she was unhappy and didn’t like how her husband and his family treated her. She was allowed to visit her mother only very rarely, but she took every opportunity to express her discontent, her sadness and loneliness. Eventually, after four months had gone by, Nour turned up alone at her mother’s doorstep, explaining that she had run away from her husband and no longer wanted to go back. Sarah contacted the husband’s family to find out what had happened; she was told that Nour was not welcome back as they were frustrated with her childishness and ineptitude for household duties.

The divorce was finalised a week later. Nour is now back at home with Sarah and her brothers, but all she wants is to be left alone, refusing to leave her home. The light that was in her eyes has been replaced by dullness, her energy replaced by apathy.

When asked about her daughter’s future, Sarah cannot hold back the tears. She hastens to explain that she regrets having ever made her child go through such an ordeal and that she just hopes that Nour can get back to being herself again one day.