Chasing a childhood in Shatila 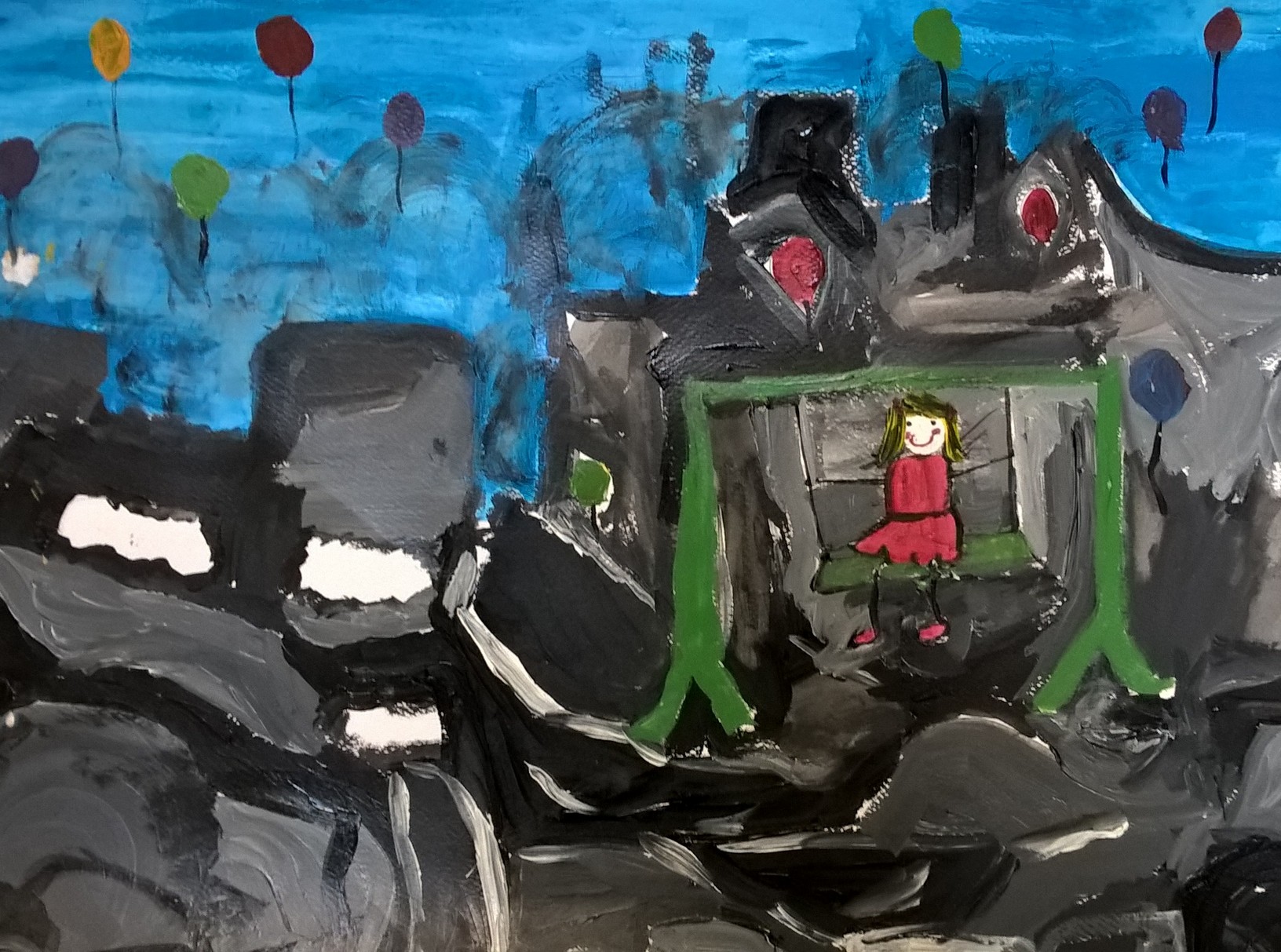 Originally from Syria, Majeda, her mother and five siblings left their native village Dayr Hafir in search of a stable life. The conflict between ISIL and other groups fighting for power had forced the family to cross the mountain chain on the Syrian Lebanese border whereby the family entered Lebanese territory. In the year it had taken for the family to reach Lebanese soil, their father was lost, never to be heard of again. Majeda, her mother and her siblings arrived in Lebanon in 2017 after a year of transitory, living to escape conflict.

Finally, the family reached the Shatila refugee camp situated on the outskirt of Lebanon’s capital along with thousands of other Syrian refugees. Majeda is 11 years old and her brother Mohamad is 10; they are the only able providers for the family. The eldest girl, considered to be at a vulnerable age, is not allowed to work alone in the streets, while their mother must look after the smallest children. Majeda and Mohamad therefore spend their days selling tissues in the streets – a common sight in Beyrouth.

Majeda is embarrassed that she must work and does not want people to know that each morning she wakes up at 7 am to sell tissue for 1000 LL per parcel (0,50 €).  The tissues come in packs of six for 5000 LL, allowing her to keep a 1000 LL profit. She brings her seven year old brother with her because it is unsafe for her to sell tissues alone. The two spend hours on the street talking and playing “Hazura.” Majeda would say, “Something is green, and when it’s opened it is pink and black.” Her brother would think for a while until finally shouting the correct answer, “Watermelon!” She walks the same route in Shatila every day until it gets dark, with a three-hour break when she comes to Bukra Ahla for school.  Majeda is careful to stay away from areas she does not know and only walks where her mother tells her it is safe. Majeda says that she feels safe and protected around her mother; a testament to her mother’s strength through an unimaginable situation, guiding her six children alone through war-torn Syria.

Shatila is famous for its crime, violence, and abuse, to the dismay of its vulnerable inhabitants. During Ramadan last July, when the family was only just beginning to settle in Lebanon, Majeda went ask for leftover fruits and vegetables from the shops. For the neediest families, spoiled fruits and vegetables that are unfit for sale are essential to their survival. That day, Majeda and her brother set out, and the owner agreed to give them left overs. He told Majeda to follow him alone to the backroom where the old fruits were stored. When they entered the room, the man grabbed Majeda and tried to harass and touch her. She began to scream and ran away with her brother.

As time progressed after the incident, Majeda began to recoil and fear others. When her mother took her to see a medical organisation in Shatila, she was advised to followed up with psychologist. Unfortunately, the family cannot afford this expense and volunteer psychologists are not enough. Majeda, therefore, continues to sell tissues on the streets with her brother while avoiding the street where the shop owner who attempted to assault her is still selling fruits and vegetables.

Every day, Majeda goes straight from work to school. School is her favourite part of the day because during these hours Majeda can relax and have fun. She is among Bukra Ahla’s brightest students; her voice carries over the others as she shouts correct answers in class. In her notebook, she records words in Arabic and English so she can study them later. She is excited to learn and be helpful to the other students around her. Her favourite subjects are Arabic and math. She enjoys Arabic because she wants to learn how to read and write in her native language. She enjoys math class because it constantly works mind. She says she does not like it when her brain is “off”, she likes to always be thinking. She is able to listen to instructions in class and then explain to her peers. Not only is Majeda a joy to have in class, her ability to lead in class discussions is encouraging to her peers, and it promotes their learning as well. Majeda must continue her education because there is no doubt that she will succeed if the circumstances allow it. Her education is key to bettering her life, as well as her family’s.

When Majeda has free time after dinner, she likes to play with her siblings and her barbies. She has a baby doll whom she has named Amina, given to her by her favourite teacher, Estaz Abdullah. Majeda named Amina after her favourite doll she left in Syria. Amina has a pink dress and long black hair and is still in Majeda’s house in the countryside of Aleppo. Majeda misses her house in Syria, specifically her roof where she could play with Amina. In Syria, Majeda’s father worked, she went to school and played with her toys and her siblings at home. Majeda studied in grades 1 and 2 in her village.

In Syria, Majeda was a child. In Lebanon, Majeda is obligated to act years beyond her age. After all that she’s endured in her young life, Majeda is strong, caring, smart and enthusiastic. She deserves much more than she has been given.