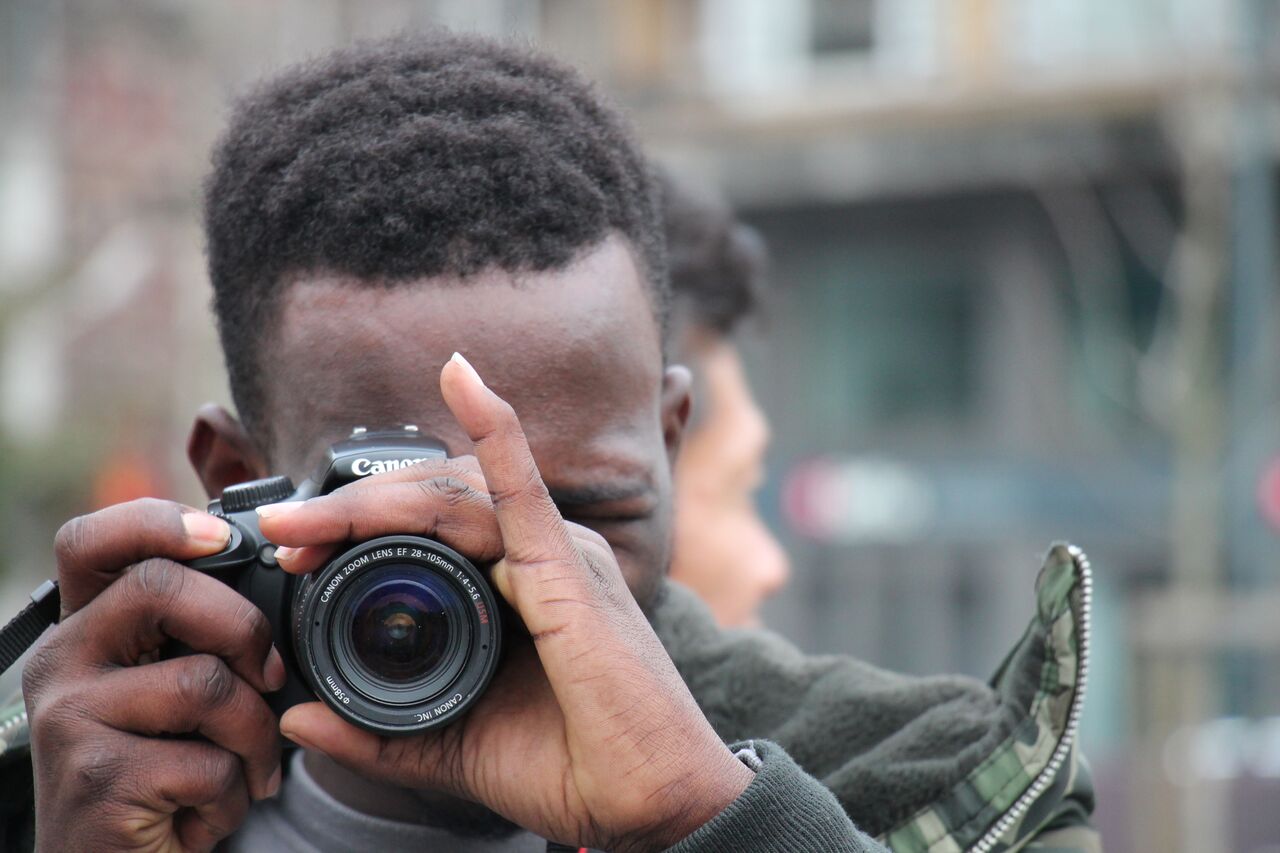 One by one, sleepy teenage boys in their uniform rubber flip-flops began to show their faces as we rounded up in the common room. With one accounted for, another disappeared off and it became clear than not enough youths would be coming with us. Disappointed, we left the center and made our way to catch the bus to reach the studio over in Ixelles in time for our photography workshop. Then a miracle happened, we turned around to find a dozen familiar faces had been tentatively following us from afar and suddenly we were surrounded by a whirlwind of excited Pashto and Arabic conversations.

Quietened down by the unfamiliarity of the studio, the boys awkwardly shuffled in as we were greeted by Mr. Michael Chia; photographer, designer and visual artist. Michael had carefully planned fellow photographers to volunteer their time and equipment to each be appointed two youths. As each volunteer became acquainted with their teenagers, complicity began to form between the 3 individuals as they learned techniques on light, using distance and placement to take skillful and beautiful photographs with their volunteers’ professional grade cameras. Amazingly, each individual’s willingness, patience and respect for one another were enough to surpass the important language barriers between the volunteers and the boys. In no time, the boys became comfortable with the cameras and were applying what they had learnt around the studio. The boys had naturally split into two groups, the posers making use of the props around them and the photographers giving artistic directions to their peers in broken French. It was impossible not to smile or laugh at the happy enthusiasm the boys took in the activity as photographers pulled funny faces squinting and squatting and posers jumped for mid-air shots.

Satisfied with the level of comfort the boys had taken with the cameras, Mr.Chia rounded everyone up to go to Place Flagey to take some outside shots. Each trio wondered off to make use of the natural lighting and urban setting. As the temperature cooled down and the light fell, we gathered back to the studio for a final goodbye. The boys thanked volunteers and Mr.Chia profoundly for a fun and different afternoon. With lifted morals and chatting joyfully all the way back to the center, the teenagers began looking forward to next weekend and enquiring what we would be doing next.

The most rewarding thing about SB ESPOIR is the genuine enjoyment and inspiration that the boys find in the activities planned and the appreciative response that well thought out activities are received with. Thanks to people like Mr.Chia, the SB ESPOIR initiative can show kids new cultural and artistic horizons, different perspectives and inspiration in a refreshing exchange between underage minors and locals.

A special thank you to Mr. Michael Chia for welcoming us so graciously in his studio and for the happy memories the boys made as well as the artful pictures they will be sending back to their families.