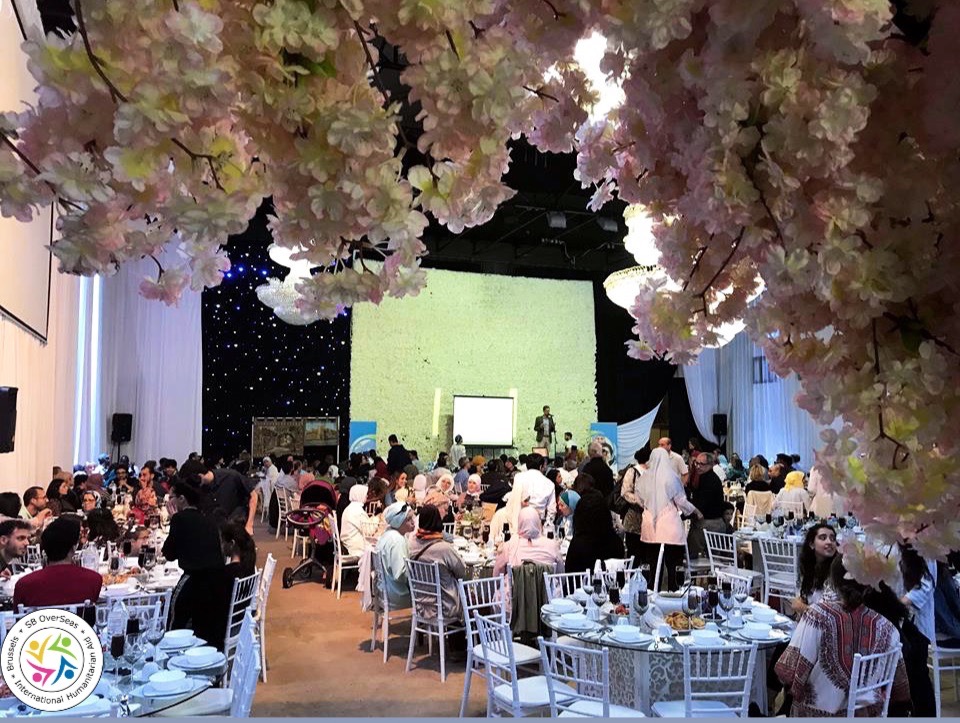 This year’s SB annual fundraising dinner was held at the glitzy Salle Mille et Une Nuit. With tables set and food prepared, we were ready to welcome our guests.

The guest were escourted to their tables. Some tables were called‘I want to be a doctor’ and others ‘I want to be an accountant’. All in keeping with the theme of the night : #IWantToBe. This campaign sought to amplify the voices and the dreams of the children in our schools.

The night began with an introduction by one of our long-time supporters. After describing the work and achievements of SB OverSeas both in Lebanon and Belgium, it was time for the entertainment part of the evening. Between speeches, poetry, raffles and performances by the whirling dervishes, people were highly entertained. The raffle comprised of items created by the women who attend our economic empowerment courses in Lebanon. There were many beautiful items including handmade dolls, bags and necklaces.

In the midst of this, food was being served by the SB Events team. This team compromises of youth who volunteered their Friday night to help SB OverSeas. There were three courses of traditional Syrian dishes served. The chefs who are from Syria slaved in the kitchen for over ten hours. The result was worth it.

The event was a symbol of integration and intercultural dialogue. Something SB OverSeas works to encourage through its programs SB Espoir. Our Iftar dinner brought together people from Belgium, Syria, Ireland, Italy, South Africa, France, Egypt, Czech Republic, Eritrea and America to celebrate the breaking of Ramadan. It was a true reflection of what SB aims to achieve: inclusion and respect in a multi-cultural world.

Thanks to all those who supporters, we were able to raise nearly €8,000 for our schools in Lebanon.