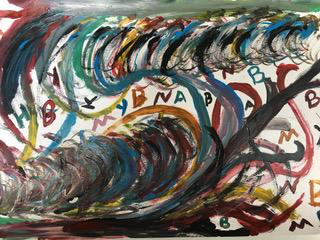 06Jun
Written by Kevin Charbel, Project Manager in Saida, Lebanon
I still see her sometimes, walking through the maze of corridors in the shelter she lives in. Our eyes will meet for the briefest of moments as she smiles nervously before dropping her gaze, and passing me by silently. In that instant I feel the urge to reach out to her, to ask her how she’s been and what she’s up to, but I always hold back, because I know that any interaction between us carries a risk to her safety.
Sarah was married under duress three months ago, at the age of 14. For some time, she openly defied her father, the community’s chief, resisting his attempts to marry her to another teenager. She wanted to stay in school, to keep learning and to be with her friends. Eventually though, her father grew tired of her refusals, resorting instead to beating her into submission. It didn’t take long after that for Sarah to be engaged. When I found out what had happened I made sure she knew we could protect her and that we would defend her right to choose, but by then, in her mind, the only thing worse than getting married to a stranger was to stay living with her father.
The once vibrant, cheeky student who would knock on my office door just to say hello disappeared from one day to another. Her marriage precludes her from continuing her education as she is now expected to prioritise domestic duties. This 14 year old girl is under pressure to learn to be a “good wife”, meaning she must quickly master the skills to keep a clean home and satisfy her husband’s appetite, as well as learn not to flinch when he makes sexual advances. Sarah’s own desires and thoughts no longer matter; her position in society limited by the four walls of her modest home, where she is expected to remain while her husband is at work.
Child brides are often told that the more compliant and submissive they are, the easier the transition will be. They are the ones who must adapt, not their husband. They are the ones who must sacrifice, who must accept hardships and who must, all of a sudden, become women. Sarah’s imagination and fiery stubbornness were once assets in the classroom, where they could be put to good use. Now these traits are a risk to her; she must lose this part of herself if she is to fit into the mould her father has set for her. She has no real choice in the matter, as if she were to end up discarded by her husband, she would not have the option to start again, she would be tainted.
Her friends, who are still in school, tell me that Sarah’s father threatens her with more violence should she seek to continue contact with any of our staff members. If she is isolated there is much less risk of her rejecting her conditions and, as time goes on, the combination of aloneness and intimidation will numb Sarah into accepting a reality she would otherwise never have chosen for herself.
SB OverSeas is working to tackle the increasing rate of child marriage in the refugee camps in Lebanon by raising awareness of the situation on the ground. Read our latest report here.