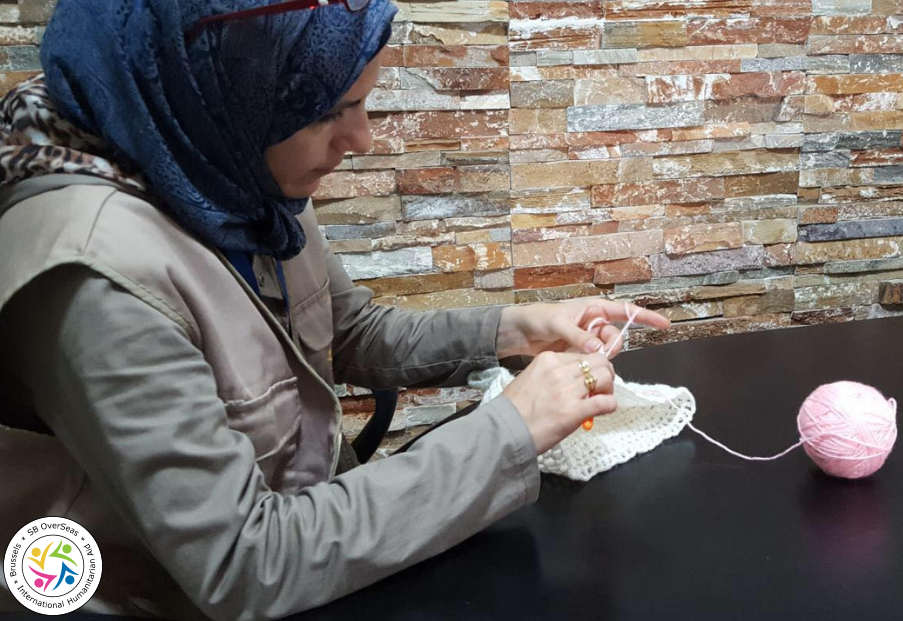 To mark International Day of the Girl, 11th October 2018, we wanted to draw attention to one of our teachers who was married young and following the outbreak of the Syrian conflict, found herself in Lebanon. In a new country, she learned sewing with SB OverSeas as a means to earn economic independence. Recognising her innate talent as a teacher, she started leading classes at SB OverSeas and using this platform to help empower other women.

Mervat was married at the mere age of fourteen. Despite protestations, she found herself married against her will due to her grandfather’s wishes. This marriage, along with many other early marriages, signaled an end to her education. Her own dreams were replaced by a child and a life of marriage. Mervat had always enjoyed working with her hands to create beautiful products but was restricted by the responsibilities she bore and was unable to pursue this dream.

Following the outbreak of the Syrian conflict, she found herself, along with her husband and children seeking refuge in Lebanon. In Beirut, she searched for a way to make a meagre earning by learning how to sew. Ignoring the comments of her family, she started classes with SB OverSeas in 2014. Her warm and welcoming personality, along with her natural talent for creating products meant she was a born teacher. Mervat started leading classes in our centre in Bukhra Ahla. With this, she was able to help other women in similar situations to create products that they could sell in local shops so they could gain a sense of financial independence.

Through this, she found a way to empower herself and use her experiences to empower other women. By teaching classes, she had a platform to talk to many of the young girls about her own experience of being married young. She hopes that she will be able to help those girls who are already married to not feel so alone by always being there to lend a listening ear, and those who are not married, to equip them with the tools to reject marriage.

Read here about our empowerment programs for refugee women in Lebanon.