Human rights & asylum in Europe: A report from ECRE conference in Belgrade 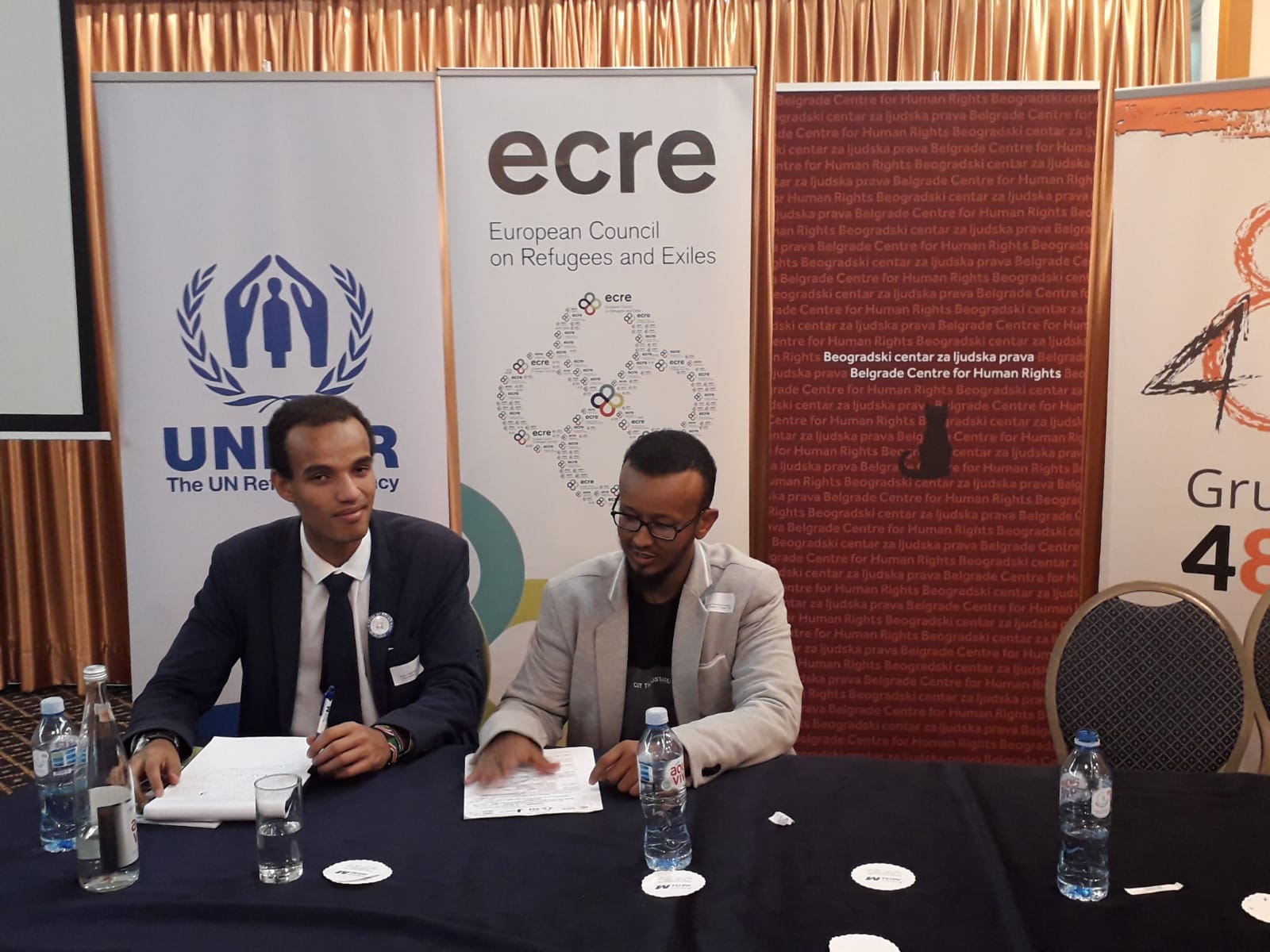 Among over 200 participants at the conference in Belgrade, our SB Espoir coordinator, Marco Cagnolati, from SB OverSeas attended the European Council on Refugees and Exiles (ECRE) Annual General Assembly in Belgrade, taking place alongside the Europe NGO Consultation of UNHCR, an ECRE strategic partner. With recent developments in the law, policy and practice of asylum in Europe, the conference acted not only as a forum for Civil Society Organizations (CSO) to share good practices and local expertise but also as a show of the strength and determination of civil society to defend the human rights of all, especially the human treatment of asylum seekers.

Given its geological location, Serbia is still deeply affected by the practices of European Asylum, during the migrant crisis since 2015, during which Serbia has been part of the so-called Balkan migration route. Furthermore, as an EU candidate country, Serbia is part of the European solution to migration, previously baring the costs of European attempts to avoid responsibility for people in need of protection. Thus, it was that the general assembly and workshops would be hosted in Belgrade, with this year’s assembly aiming to involve more refugee-led organizations.

End of Day 1 at the #ECRE_AGC18 in Belgrade where our very own SB Espoir Project Coordinator Marco Cagnolati (@Cagnolati) is giving his assessment of asylum practices in Europe. Here Marco is with the Union of Refugees Portugal, one of the many organizations represented here. pic.twitter.com/7uiqZdRviQ

During the first day of the conference, plenary sessions took place to assess the recent developments in the law, policy and practice of asylum in Europe, with participants giving their recommendations for the defense of the right to asylum in the wake of anti-migrant sentiment across Europe. This was followed with the regional workshops for the UNHCR Europe NGO consultation. SB OverSeas joined the Western Europe workshop covering the identification of opportunities for more systematic engagement between NGOs and UNHCR at the national and regional level on developing advocacy messages as well as sharing good practices and initiatives of engaging new actors in advancing resettlement and pathways of admission.

The following workshops the next day were more thematic, with the panel debate on asylum in the Western Balkans, with the concern about the narrative used by certain EU Member States that do not necessarily follow European principles on human rights, and the impact of this narrative on asylum policies and practices in the Balkans. In fact, the discussion on the decline in the rule of law, democracy and civil society in Europe, with the rapid deterioration in the last two to three years, has seen the restrictions on and repression of civil society in the region.

In line with discussion, the following workshop on reform of EU asylum law was on the plans for advocacy on the implementation of the current asylum acquis, with a focus on the Dublin system, in light of recent developments in the CEAS reform, national practice and members’ assessment thereof. The main point remained the sustainability of the Dublin system in light of the reforms proposed, with a key remark by a participant being: “The Dublin system is seen as a Human Rights violation by refugees. It isn’t stopping ‘asylum shopping’ but protecting northern countries. Dublin shouldn’t be modified but simply dropped” in discussion of the future of the European Asylum Policy.” Nevertheless, the question remains the alternatives to Dublin and whether there would be a better alternative, such a “En Route Europe”.

The final day of the conference saw the regional meetings among participants before closing with the ECRE General Assembly. During the regional meetings on strengthening the cooperation among Western European countries, exchange best practices and bring to the table topics of concern, a key point for our coordinator was to see the question of unaccompanied minors be put on the agenda. With 31 400 asylum seekers applying for international protection in the EU considered to be unaccompanied minors in 2017, this accounted for 15% of all asylum applicants aged less than 18 according to Eurostat (16/05/2018). Thus, a stronger show of solidarity among member states of the EU must be shown towards not only asylum seekers but also the unaccompanied minors, among the most vulnerable of people fleeing war, persecution, conflict and poverty’. Civil society has played a vital role in contributing to protecting human rights for asylum seekers and the challenging situation in Europe requires a show of solidarity to ensure the respect of these rights and European values.

The next ECRE AGC will most likely be in Brussels next year, in light of the upcoming European Parliament elections in May 2019. These elections will most likely signal either the point of no return or a new hope for Human Rights Defenders. However, only time can tell and in the meantime, over at SB OverSeas, we will continue to support the Human Rights of Asylum Seekers and the respect of human practices in regards to asylum procedures in Europe.