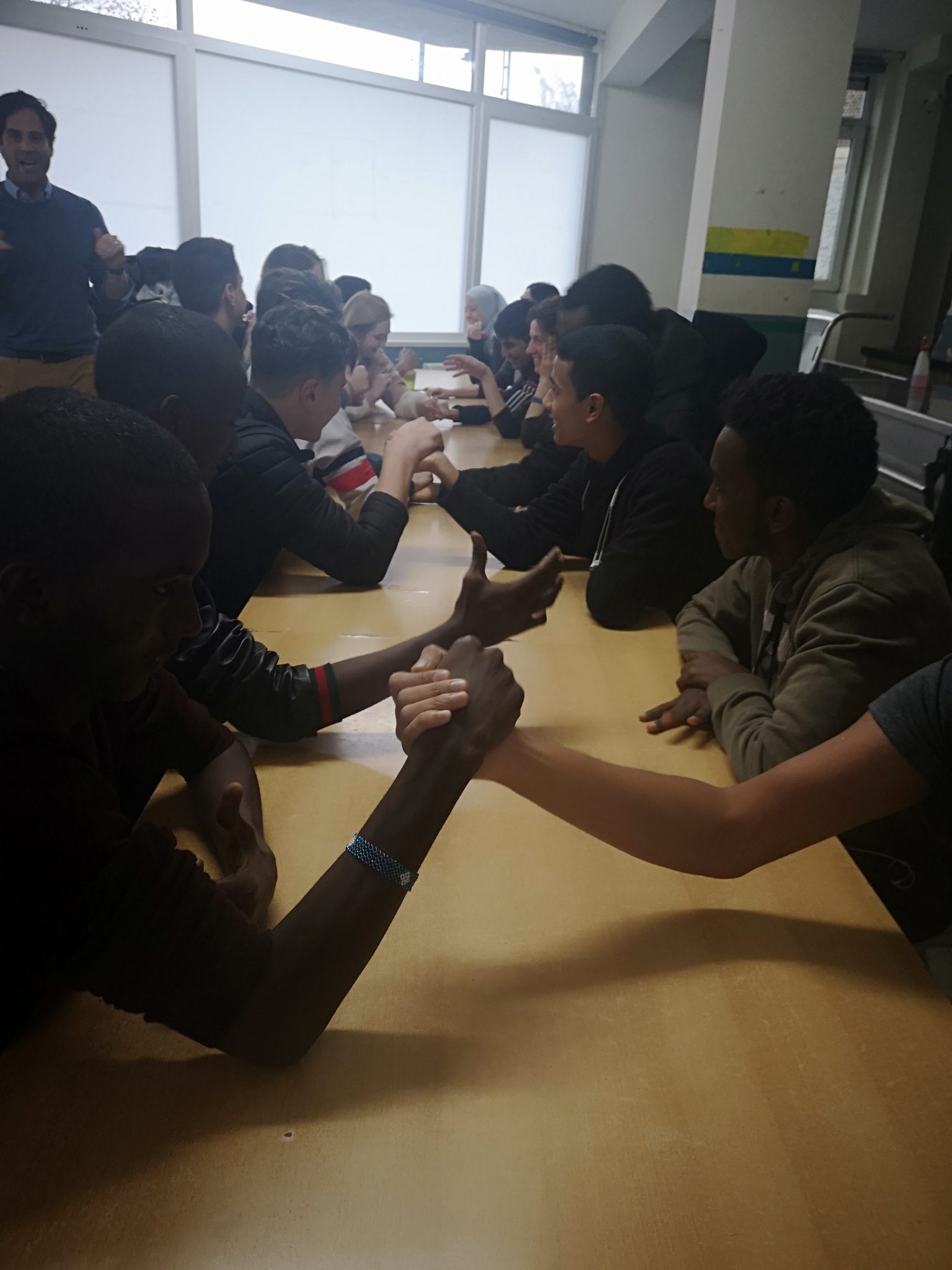 On first instinct you might think, “cut it in half, so it’s even.” But is that the best answer?

This dilemma was posed to the youth at the Red Cross refugee accommodation centre in Uccle recently, where one team of participants was told to pretend to be thirsty and want the juice from the orange. The second group were to make a cake with the zest from the orange peel. The two groups came together and had to negotiate over one orange, without previously knowing why the other group wants it too—so how do you figure out who gets what?

This simulation played out with the youth and volunteers at SB Espoir during a workshop on negotiation skills  led by Avi Goldstein from Pathways Institute for Negotiation Education.

At first I was a bit skeptical about how useful negotiation skills are to a teenager—trying to learn about negotiation and game theory as a university student is hard enough! But as Avi led us through the activities, it became clear:

“Negotiation is part of our everyday life,” explains Marco Cagnolati, project coordinator for SB OverSeas. “We are constantly negotiating, if it’s to convince our friends to come play football or convince our boss to give us a raise. The activities of the day were on learning about how negotiations and communicating with others impact the outcomes of everyday situations.”

But so then how do you negotiate an orange? One of the youth asked for a knife, and peeled the orange, keeping the peel for his group to make the cake and gave the rest of the orange to the other group to make juice.

But he only did this after asking “why.”

Then he knew what his group needed and didn’t need and found the perfect way to share. In that moment, the participants learned that it’s more efficient to communicate needs and wants, rather than making assumptions.

Asking “why” was the key to the “arm” game as well, where the winner was the person that got the other person’s hand to touch the table the most times. Rather than just making it a competition of strength to see who wins, the participants learned that it’s sometimes more efficient to decide to play it in a way where both win the most. So instead of just wrestling– as the game is typically played– the two players decided to just take turns, and so both won more times.

These kinds of problem-solving activities are the backbone of Pathway’s mission, which uses Harvard Negotiation Project to empower young people to learn how to “negotiate creatively, constructively and fairly.” SB OverSeas is among the many organisations that Pathways partners with to use their experiential approach of teaching these essential skills to young people in Europe and around the world.

Particularly for refugee youth, when many without realizing it have spent a lot of time negotiating their life and their future, and will have to continue doing so, to break through barriers of discrimination—these problem-solving skills are even more vital to their lives.

Who knows, maybe one day one of the youth who participated in this activity will be the next great international negotiator!