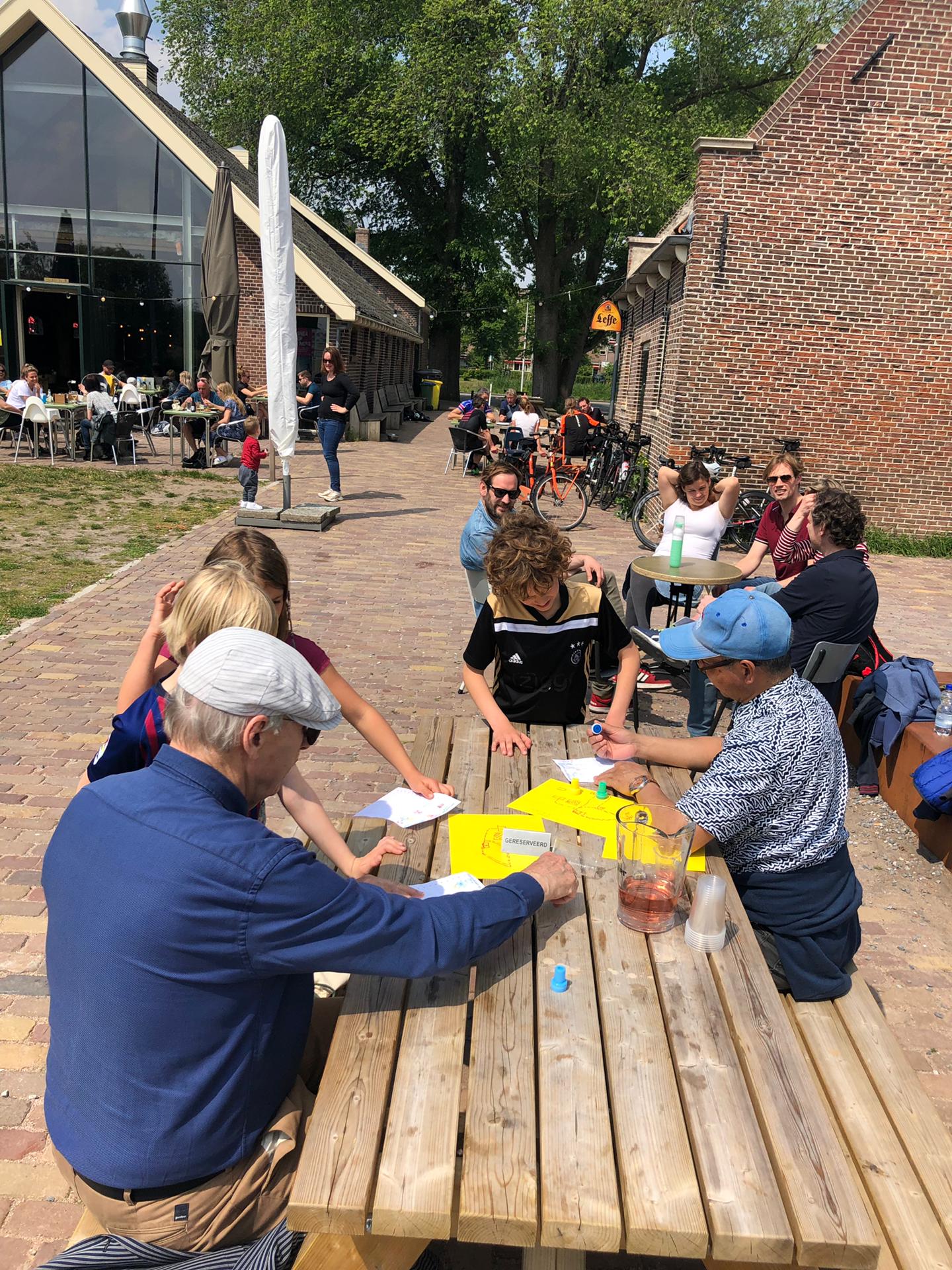 Children in Amsterdam spent this past Saturday, May 18 participating in a charity  walk, or “sponsorloop”  as it’s called in Dutch, to support SB OverSeas’ Bukra Ahla centre in Lebanon.

Organized by Erika van Hove from the Lidwina school and Ari van Buuren, a member of the steering committee of the United Religions Initiative, for the second year at the Science Park in Amsterdam. Before the day of the walk, the children who participated went to their neighbors and asked to be sponsored by them, and to donate money if they are able to complete a certain number of rounds on the walking course.

“It was great to see the children participate and also talk to them about the children in Lebanon in the centre,” said Ahmad Hanifa, CLOTHESUP project manager at SB OverSeas. “It is important for us to make that connection between the children here and the children in Lebanon, through the walk, and giving them the dolls and flower crowns– to be able to make a difference not only with the money raised, but also through raising awareness which is vital especially for youngsters. “

About 20 children participated, each proudly  making their contribution to help support materials, aid and other supplies for Syrian refugee children in Beirut to have the chance to continue their education and be accepted to the formal Lebanese school system.

At the end of the run, the children received a certificate of their participation, and their total contribution was tallied — many of the children did 15-20 rounds and were then able to contribute 20-50 euros each. Additionally, they received a gift of appreciation from SB OverSeas, including dolls and flower crowns made by youth and women in the empowerment programmes run at the Bukra Ahla centre.

Thank you to Mr. Ari, Erica and all of the children and parents that participated in the charity walk– until next year!