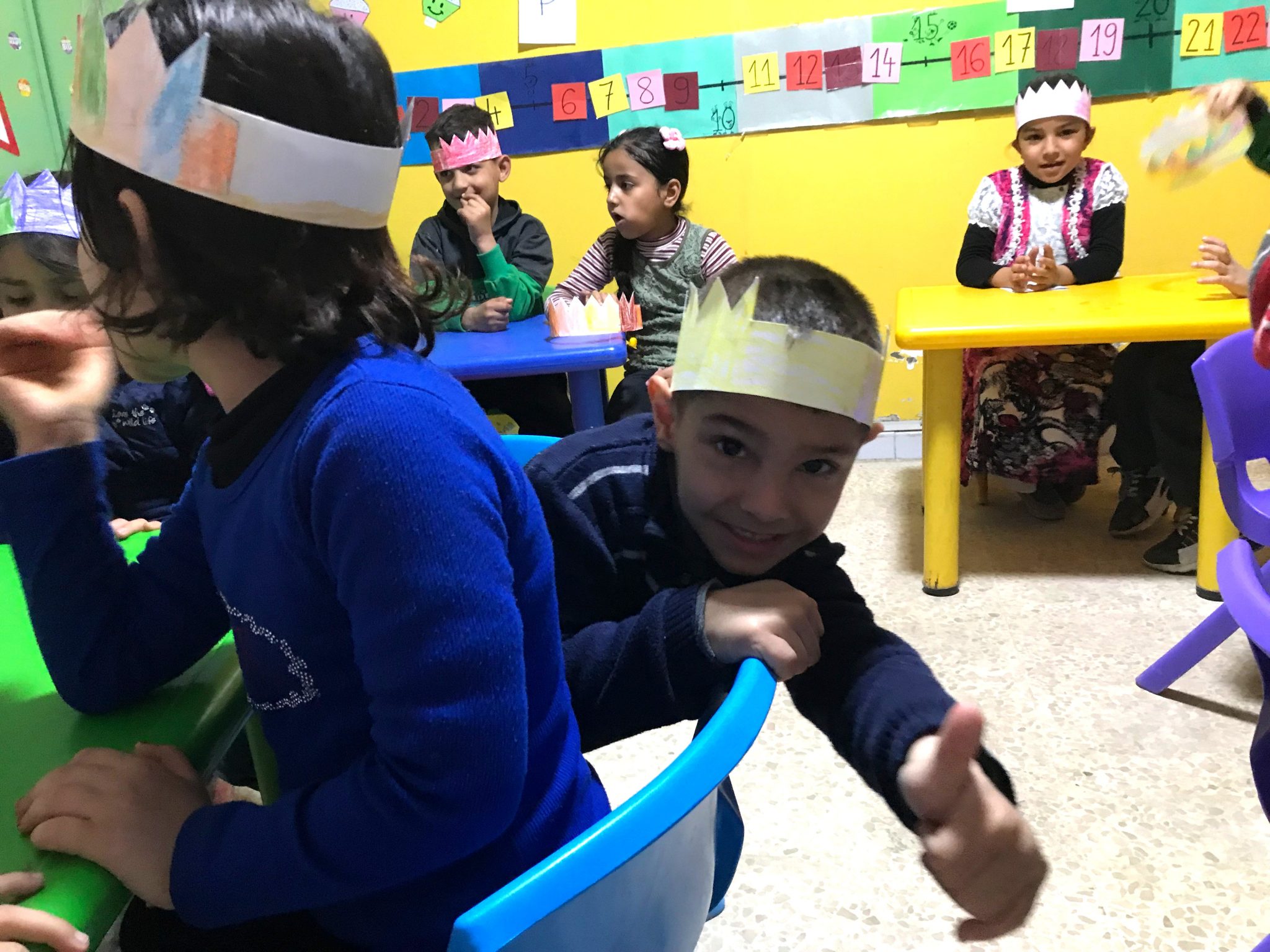 Originally published on WorldWide Tribe 17 May 2019

Every morning of the working week I am greeted by sixteen exuberant five year olds, which is the best way to start the day. This is my Kindergarten class, the youngest children in SB Overseas’ Bukra Ahla center.

They remind me every day how lucky I am, to be privileged enough to wake up to their unbridled joy and energy every morning.

They also remind me how lucky I was as a child, privileged enough to be granted all of my rights from the day I was born. The right to education, the right to play, the right to safety…

Each of these children overflows with unconditional love, offered freely, willingly and without hesitation, and I in turn love each of them with my whole heart.

But I want to talk about one boy in particular who has captured my imagination.

Ahmad is an actor. Never have I met a child so expressive, with such a natural ability to influence my emotions with the slightest tilt of his head.

When he is happy, his energy fills the room. When he is sad, one look in his eyes and my heart feels like it’s breaking.

Often I find him acting out imaginary characters to himself, spontaneously jumping up in rapturous dance, or impersonating his favourite animals out of the blue, with mesmerising skill.

He loves learning. When I walk into the room he is the first to race to greet me, when I praise his work he smiles for the rest of the class.

He is the child that doesn’t ask for your attention, yet commands it effortlessly.

My heart is in the palm of his tiny hand.

Ahmad’s family is from Homs; one of the cities most devastated by the ongoing war in Syria. His mother Aisha; a woman of inimitable strength and dignity, tells me their life before the war was beautiful, all of their family lived in close proximity, they were together, they were happy.

Then the protests started, people were arrested, fighting broke out, and every day the violence intensified. Ahmad’s older brother grew terrified of every sound; a car backfiring, a slammed door, bombs outside his bedroom window…

Their lives were in severe danger every moment, every day. Walking out of the house, there was no knowing whether they would walk back in.

And so they made the heart wrenching decision to leave. The family was pushed in different directions. Ahmad’s parents and older siblings fled to Beirut, where they found their only chance of a new home, and a new life, within Shatila refugee camp. This is where Ahmad was born.

After struggling through so much trauma, it is inconceivable that upon finally reaching ‘safety’ the challenges have only increased.

Life in Shatila is miserable, and dangerous. Drugs are rife, there are frequent shootings between rival militias who rule the camp. When fighting breaks out the family hide in one room together, all they can do is wait, and pray. The walls are concrete but the ceiling is thin and weak. Ahmad’s brother is still terrified of every sound.

Returning to Syria is not an option. The older brothers, still children themselves, would be  enlisted immediately to the army. For Ahmad, it would only be a matter of time.

But when morning comes, Ahmad packs his little backpack and comes to school.

He loves school. He loves his friends. He keeps every worksheet and everything we make in class. Aisha bought him a folder which he keeps at home, with all of his work proudly filed away.

One day Ahmad came to Bukra Ahla with a bag of the few toys he owns, and asked if he could give them out to his class. Aisha tells me he refused to leave the house without them. He quietly gave one toy away to each of the children. He wanted nothing in return, no thank you, no praise.

This child, living in severe poverty, willing to give away the little he has just to make his friends smile, is he not welcome?

He has the purest heart and the most beautiful spirit. Yet he has no place in the world where he is safe, or welcome.

Because he is a Syrian refugee.

SB Overseas is fighting not only to give children like Ahmad the education they deserve, but also a place where they can be truly loved, welcomed and wanted. Anything you are able to give will help this incredible organisation continue it’s vital work. Please donate. Thankyou.