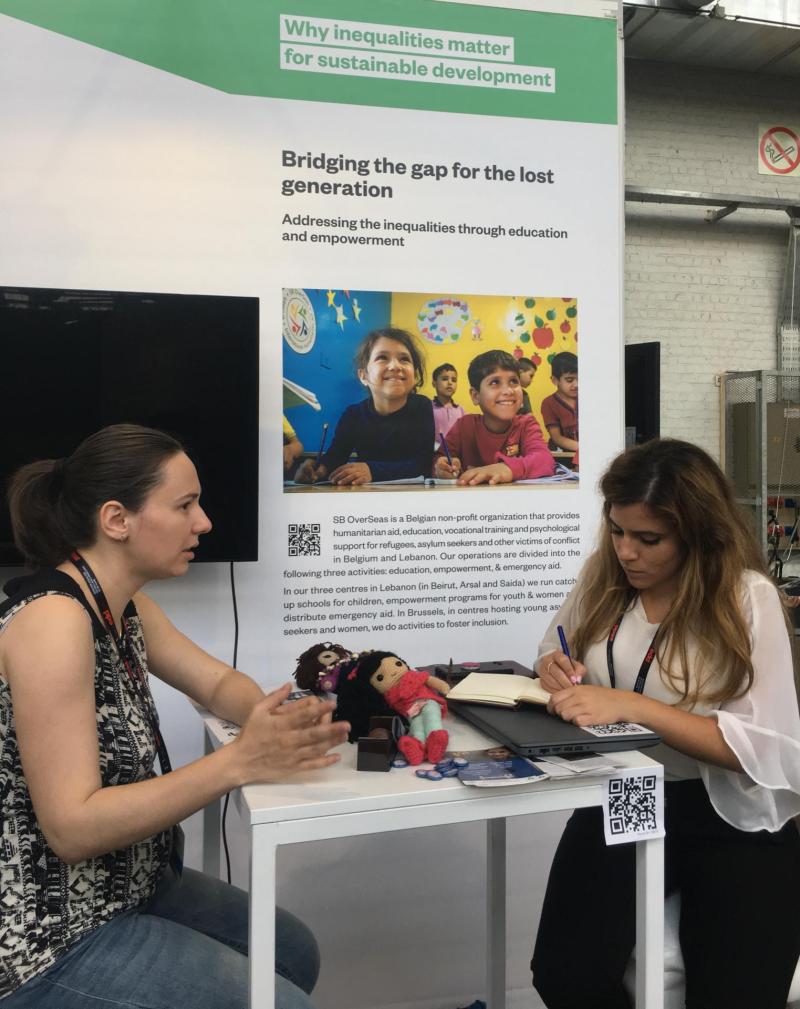 What happens when more than 8,000 minds from all over the world come together to think twice about EU development programs?

Last week the SB Team participated in the 2019 version of EDD, The European Development days which focused on the many ways of addressing inequalities. Many of the conferences addressed the need to provide education as the main driver for an equal and peaceful society. But, even though policy makers agree on the fact that every child should be attending school, it was stated by the Representative for the Council of the EU that, “Children are still not on the political priority of the world”. More than 260 million children around the world remain out of schools, which should become an immediate worldwide priority.

Our organization has been able to find a way to give future and hope to thousands of refugees through non-formal schools and empowerment centers as well as through social inclusion programs. We agree with Feras Oyoun, one of the panelists who is a Syrian refugee who lived in Lebanon, when he says that “education is not a gift, when we give this right, the right to education we are giving life”. It is for this reason why the work of SB Overseas in Brussels and Lebanon is imperative.

The Brussels team also gave a conference to the parliament trainees who would be designing and implementing the future EU policies around the world, maybe even be the future practitioners in other EDD editions. As an on the ground NGO, we can create awareness and bring these young leaders closer to the needs and realities of refugee population, since understanding the inequalities that still exists is the first step towards building a world which leaves no one behind.