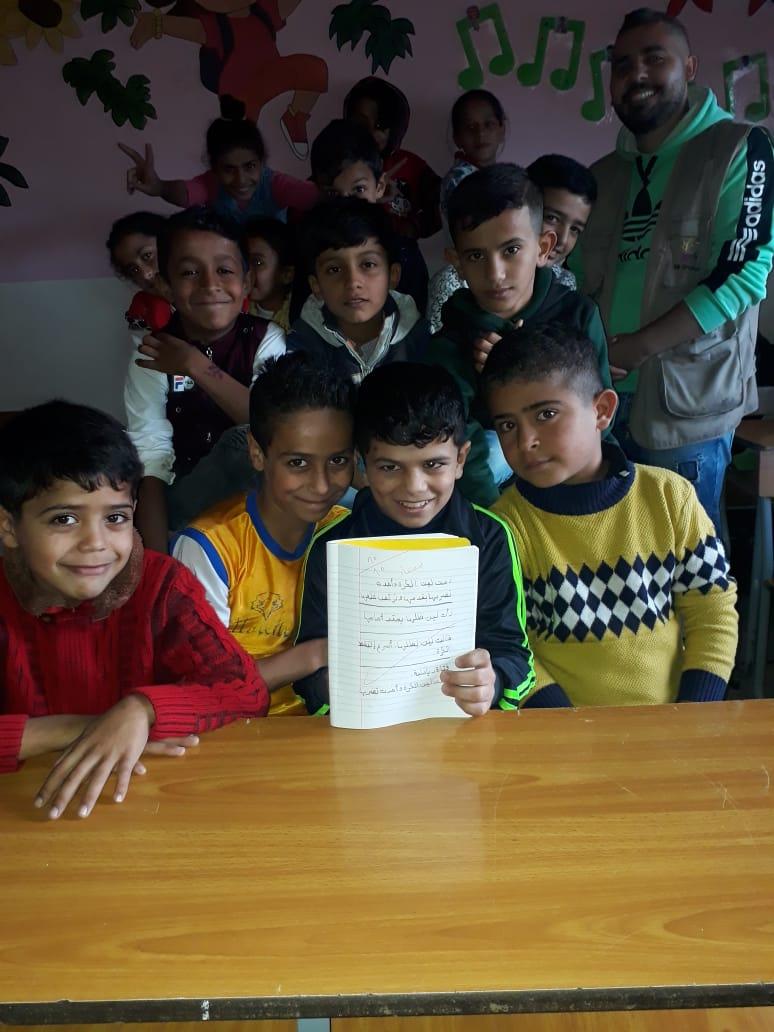 ani is 10 years old. He left Syria with his parents when he was only a toddler and came to live in Lebanon. He was born with impaired hearing, which caused speech impediment as well. It has been very difficult for Hani to go to school. He wasn’t able to follow the lessons. It was difficult for him to sit still during the whole lesson. Without understanding anything. He felt frustrated. He started to become restless during the class, disrupting the class. The children bullied him, to which he mostly responded aggressively.

Hani’s parents support him the best they can. His mother works 6 days a week, to be able to pay for the hospital and school.

Hani’s father goes with him to his doctor’s appointments and to school to talk to his teachers.

His parents tried very hard to find him hearing aids. Through a partner organisation, Hani found hearing aids that actually help him. They don’t give him back 100 % of hearing, but enough to hear and understand better.

Since then, step by step, Hani started to catch up. His teachers in public school and in SB have helped him a lot. His parents study with him, every day for several hours. A few years ago, his grades in school were very low. Now, after a lot of hard work, he has become one of the best of his class! This week, he even got 20/20 in a dictation, which is usually the hardest exercise for him.

Hani is now completely integrated in his class. It has cost a lot of awareness sessions and persistence. But now his classmates are proud of him. They respect him because they know that he has to work twice as hard as they do. And he does it. And it pays off!